Next week, a rollout rocks. Run by the Gordon family forever and maker of Tootsie Roll, the company will say it is doubling down on dessert and adding five new flavors to its portfolio, including Blow Pop. Laugh. It took years to perfect in their famous candy kitchen.

Its wonderful and smart CEO is 87 years young and recently replaced her late husband, who was running the company until  age 95. Bankers are talking smack to remind her that one of her competitors is buying a popcorn company, and Mars is buying a dog food company, trying to get her to bite on M&A. Her response: “Wasn’t Charlotte’s wedding beautiful?" (Great granddaughter of Mars Clan.) What she delivers is this: increased dividends for 50th year in a row. Her stock is up 28% over last year. By the way, she snail mails her quarterly earnings reports to the SEC, no earnings calls. I’m all in on Tootsie.

With the price tag still on most of them, Walmart starts this week pulling the plug on acquisitions.

Inside Scoop: Postmates indef delayed IPO and is in secret M&A discussions with DoorDash, but more hurdles to clear than the 1936 Germany Olympics. Two hot heads.

Democracy is up for sale. www.Democracy.com. Minimum bid is $300K and the auction ends with final bids on 10/25.

Renewals are down. You probably should know at least his name, United Nations Secretary-General António Guterres, said it is do-or-die deficit where 64 of 164 countries have missed yearly dues—including the United States, which is expected to cover 22 percent of the U.N.’s regular budget.

Two pieces of advice: Add value and pick up the phone and call each leader. My bet with just a smidgeon of suck-up, Trump would send the check in.

By the way, Tim Cook of Apple has Trump’s ear (got his iPhone tariffs waived) more than other businessperson and his investment is two out-of-the-blue White House phone calls per week. Picking up the phone is still the most efficient and effective ROI communication tool we have in business.

I went in with low expectations and "Joker" blew me away in every Oscar category. It’s in the league of "Taxi Driver" and "American Beauty," where, after the movie, you want to go get a cup of coffee and think about life. Instead of whining and repeating what we hear at Target, you realize movies like "Joker" do not mold society, they mirror it. With Eastwood’s pull in Hollywood, he will probably win it on his movie of the 1996 Atlanta Olympics or it will be "Judy," with Renée Zellweger playing Judy Garland. Hollywood tends to vote in what makes it look good.

Jan. 16, Sandy Lau, from Hong Kong, will be in Atlanta for our Senior Speaker Series, “China/Hong Kong: It’s Complicated.” Ms. Lau was born and resided in China, educated in U.S., opened our STI Hong Kong office in 1998 and now built the renowned Asia Customer Service Consortium based in Hong Kong. Apply for invite.

Update your HR specs for job applications. These are considered the latest and greatest guidelines from HR and just sent into effect for all jobs applied to at State of Georgia. Can we talk about “prefer not to identify"? We have big enough problems with companies and teams not knowing who they are. 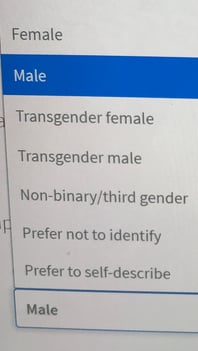 SEARCHING FOR A HEART OF GOLD

Anti-fake: California passed a law banning "deepfakes," real-looking doctored photos or videos meant to misinform you about a politician during election season. Good law as this will go commercial as it basically did with Match posting phony interested candidates.

Speaking of teams, I’m not worried about what chant is allowed at the Braves game. It was annoying anyway. Chief Plenty Wolf says he has no issue with it. Before we rule something is offensive, can we ask the offended? The chief is trying to stop Trump Admin from plowing down sacred Indian land in South Dakota—something to worry about.

On another note, is there anything we can learn next week on Matt Lauer’s 1,400-word accuser rebuttal that he mailed out end of last week—other than he managed to metastasize the #MeToo Movement? Call me a prude, but can we leave out some details next time. However, he was smart enough to fire that NYC “HR” law firm and hire Libby Locke, who is best in business of knowing how to silence salacious headlines, like lacing the start of letter by NBC verifying Lauer never had a door-locking mechanism on his desk. Locke takes a falsely reported rumor and drops it like a gauntlet. Then they sequenced the event to make you think, "Wait a minute." Since Matt is paying the bill and Locke got all her other stuff in, she had to let him make the mistake, play the victim card himself and say, "Look at the price I paid for doing nothing wrong." The only thing he probably wanted to say since going from boy next door to almost as big a villain as Ted Bundy, but dude, you are not going to get any sympathy when you were the superstar and the other person was an executive assistant—to Meredith of all people. Dicey. By the way, you would not want Libby Locke on your speed dial, but maybe file her name under Matt Disaster—just in case.

After WeWork disaster, private equity guys are having back-to back meetings next week on “gross margins,” which are kind of like climate change and CO2—it’s just math. By the way, Zoom’s stock has more than doubled since its debut.

Katelyn Ohashi, whose perfect gymnastics routine for U.C.L.A. went viral, says that everyone was able to make money off her success—except her. Need to know California State’s new law allowing student athletes to be paid will make sure that doesn’t happen to anyone else.

Trump is getting headlines on rolling EPA regulation but not getting them implemented or past the court system. A great example is the EPA just deferred with a lot of questions titanium mining in the Okefenokee, even though the admin had put the mineral on fast-track list under the guise of national security interest. President of mining company took out a full-page ad blasting the environmentalists. It’s not so much out of line as it is out of step. Past PR.

Word Of The Week 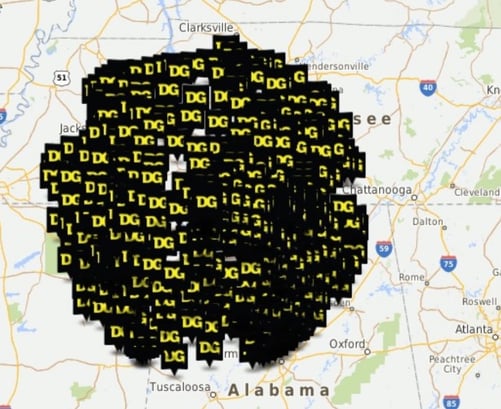