NFL commissioner Goodell is getting nervous and more pasty white by the day about cancelling season. He will whack preseason Game 1 and Game 4. His pandemic claim he thinks is around $1.2B if whole season goes up in smoke. After NASCAR deftly handled both Bubba issues, Goodell sucked up to the France family and asked what he could have done better in supporting Kaepernick. Maybe sooner and makeup and a blue shirt. A florid complexion under TV lights not right for the times, but could be just me.

Time to call the insurance guy if you have business stoppage insurance. You got a shot. Get in the queue. File.

Sundance Scoop—Did they run this past founder Redford? Of course not.

Politics—cut to the chase. Uproar headed toward Guaranteed Income (GI) mayors, including Garcetti of LA and Tubbs of Stockton just started mayors for GI. Three years.

Biggest July 4th closing since 45 years ago this summer Police Chief Martin Brody closed down Amity Island because of a shark attack. Understand that but a virus. Laguna closed until July 6th. Backup plan—Whitefish Lake in Montana. Huckleberry Martini.

All cards on table—Price tag for Andrew Jackson stepping on Lincoln’s reconstruction: The bills are adding up like a bar bill at Ray’s on the River. Total tab: Three generations of GI and full health care. Did you think you were going to get off cheap?

Scoop—Government will flush toilet on PPP and forgive all loans < 2M. > 2M will get wink-wink reviews. Fed prosecutors have been iced down. A total wash and another bailout is coming. They have no choice.

Charlotte Observer moved out of its space and says everyone will work from home and they will find a new office lease in January. Catina is back to Calif. at her soap factory since Atl landlord would not deal on her flagship retail store in Virginia Highlands. Catina, looks like Cuba will be postponed. 42 people. Half were Democrats who are scaredy-cats and the other half are Republicans I didn’t want to go with anyway. I’m still missing someone.

Here is the deal—Partnering with Porsche business. First one is July 17th, where I chose Kimberly Jones. Listen, when you get a spontaneous mural built for you overnight in Brazil, call me. But we will ask “What do you want?” and maybe learn something new or maybe listen to something we don’t understand. Heavy.

What do you want—for me to invite three CEOs and ask them about their PPP or if they raise their prices during pandemic? The good news is I think this corporate diversity phony bull crap is over. On July 17th “We boogie woogie.” For the other two seminars—send suggestions.

Plenty of Fish—I keep up with the revenue cycles of dating apps and big problem has popped up since pandemic: 30% more engagement and 27% less revenue. People are swiping more but dating less—meet on Bumble and then flip over and video date on Zoom. I am at a competitive disadvantage if you have jar neck on Zoom. Why fewer dates. Easier to hit “leave meeting” than walking out of an expensive restaurant. Also, video doesn’t lie. It’s today, not ten years ago, like LinkedIn headshot.

How do we get here—Christopher Columbus’ head wound up thrown over the boardwalk on Pier 31 in San Fran? Because blowhards pushed back three years ago when I wrote in “Morning Report” it was time to remove Confederate monuments from public spaces. Rodney from the monument institute (Jacoby can you get your land back) wrote me a long-winded email on how I was betraying the South and actually called me with an attitude of “I was John F. Kennedy Jr.'s roommate.” I asked, “Rodney, have you ever eaten purple hull peas?”

Deal in Hollywood—Flying around like firecrackers. Hugh Jackman is in final leg of discussion to star as Ferrari founder Enzo Ferrari in the summer of 1957 when all the forces in his life collided—wife, life, and company. What else is new? So the entrepreneur rolled the dice for all their futures on the line in one race—1,000 miles across Italy. If Jackman signs, financing is there and they will start shooting next Spring.

Patsy and Loretta Together—A TV contender about their friendship. “Coal Miner's Daughter,” where Loretta played by Sissy Spacek, and “Sweet Dreams,” with Patsy Cline played by Jessica Lange. Now a story that sings about their close friendship with Broadway stars Megan Hilty as Cline and Jessica Mueller as Lynn. How do you replace Jessica Lange? You don't.

Ms. America—Nine-part TV series. Cate Blanchett plays Phillis Schlafly who tried to scuttle ERA and feminist movement. Sound familiar? By the way, they threw an EXP title at Blanchett to get her lured from the big screen. It worked. She is promoting this film all over Europe, living in London. Rose Byrne plays Gloria Steinem and Uzo Aduba shines as Shirley Chisholm.

Road trip. Two best drive-in theaters, Coyote Drive in Ft. Worth, Texas, live music and margaritas before first feature and if you ride your horse you get in free. South Bay Drive Inn near Imperial Pier in San Diego. The sun sets and they turn the movie on.

Here is a founders mentality. President Madison paid the rent out of his own pocket to keep the little yellow church going that sits down from the White House. President Trump’s visit was another matter.

Beyond Blue Apron—Catalina Crunch vs Daily Harvest vs Tovala Smart Oven are three brands we are following and buying. They are all fighting over who will own fast healthy gourmet-type food. Will let you know how it goes. 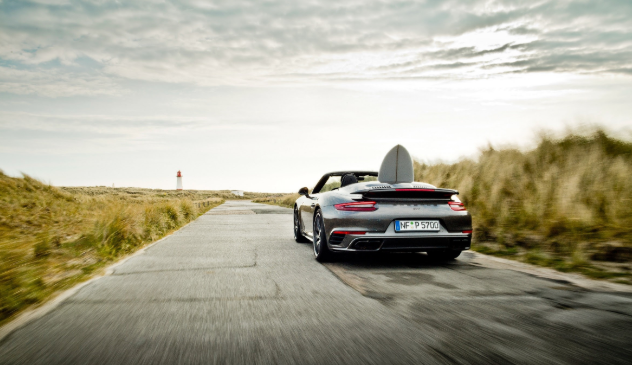 Porsche Drive puts a fleet of Porsche vehicles at your command, offering flexible short-term rentals or month-to-month subscription plans that are designed to create excitement for any upcoming adventure.

Opt for a Cayenne to finally take your family on that ultimate road trip adventure, take the long way to dinner in a stylish 911, or put the top down and enjoy the sun in a 718 Boxster.