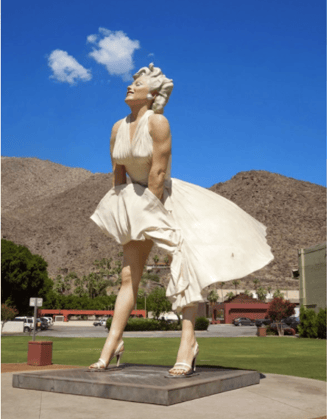 Daily Deal—More statue problems. But first, throwing good money after bad—AMC filed first thing this morning with the SEC to sell up to 200M shares as the cinema chain tries to stay afloat with the pandemic dragging on like a dark sky.

It wants to raise $844M at an estimated offering price of $4.22 per share, the filing said. But the stock is dicey and volatile, falling nearly 7% to just over $4 at the market open. $1 a share.

Side Deal—40 U.S. states next week will join a lawsuit accusing Facebook of “possible antitrust violations” and here is what they are honing in on—Facebook’s acquisition of Instagram was designed to “neutralize an emerging rival.” Ya think?

Skeptical of tech bust ups—very different than a monopoly of oil in the ground. Punishing success and smarts like Zuckerberg buying the company Kustomer by end of the year.

IPO Glow—You want to make a killing, raise a fund to short all SPAC IPOs. Next big short.

Entries/Exits—New statue controversy and thankfully this one not at the feet of Robert E. Lee but in Palm Springs, where politicians voted to move the airport statue of Marilyn Monroe to a site near the Palm Springs Art Museum. The left says statue is sexist and right wingers say you can see her underwear if you go around back and tilt your head in a certain direction. Bathroom stall weird².

As the person who had a lot of explaining to do in South Georgia when I wrote three years ago that it was time to remove confederate statue from public grounds, Marilyn Monroe is the perfect icon for Palm Springs. As Conway sings, "It's Only Make Believe."

P.S. We are moving to subscription model so don’t be surprised to see a Subscribe Now button between now and Jan. 10th, publisher's drop-dead date on friends and Oxford family free.